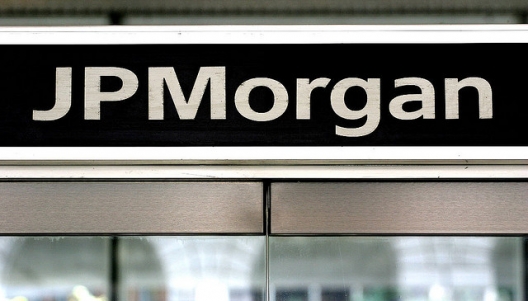 The huge cyberattack on JPMorgan Chase that touched more than 83 million households and businesses was one of the most serious computer intrusions into an American corporation. But it could have been much worse.

Questions over who the hackers are and the approach of their attack concern government and industry officials. Also troubling is that about nine other financial institutions — a number that has not been previously reported — were also infiltrated by the same group of overseas hackers, according to people briefed on the matter. The hackers are thought to be operating from Russia and appear to have at least loose connections with officials of the Russian government, the people briefed on the matter said. . . .

The breadth of the attacks — and the lack of clarity about whether it was an effort to steal from accounts or to demonstrate that the hackers could penetrate even the best-protected American financial institutions — has left Washington intelligence officials and policy makers far more concerned than they have let on publicly. Some American officials speculate that the breach was intended to send a message to Wall Street and the United States about the vulnerability of the digital network of one of the world’s most important banking institutions.

“It could be in retaliation for the sanctions” placed on Russia, one senior official briefed on the intelligence said. “But it could be mixed motives — to steal if they can, or to sell whatever information they could glean. . . .”

The JPMorgan hackers burrowed into the digital network of the bank and went down a path that gave them access to information about the names, addresses, phone numbers and email addresses of account holders. They never made it into where the more critical financial information and personal information are stored.

The bank’s security team, which first discovered the attack in late July, managed to block the hackers before they could compromise the most sensitive information about tens of millions of JPMorgan customers, said several security experts and others briefed on the matter. The attack was not completely halted until the middle of August and it was only in recent days that the bank began to tally its full extent. . . .

“It was a huge surprise that they were able to compromise a huge bank like JPMorgan,” said Al Pascual, a security analyst with Javelin Strategy and Research. “It scared the pants off many people. . . .”

That the hackers were apparently able to move around JPMorgan’s computer system undetected for several weeks is perhaps the most troubling aspect of the recent breach, officials at other large banks say.

The hackers were able to attain high administrative privileges within JPMorgan’s network, rooting more than 90 servers and rummaging through customer databases with detailed information for 76 million households and seven million small-business online accounts.

Image: JP Morgan is the largest bank in the US. (photo: Thomas Hawk)