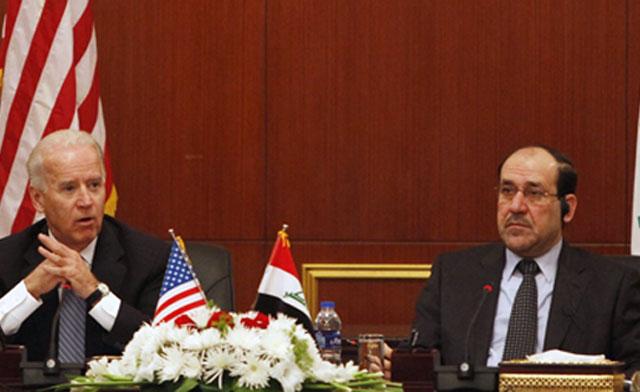 From Bradley Klapper and Lara Jakes, the AP:  Iraq’s acquiescence in possibly allowing Iranian weapons deliveries to the Syrian regime demonstrates Washington’s limited influence in postwar Iraq, its inability to halt Syria’s 18-month conflict and its continued struggle against Tehran for supremacy in the region.

U.S. officials said Wednesday that Iraq had shut down the movement of Iranian aid to the regime of Syrian President Bashar Assad earlier this year, but that suspected arms deliveries resumed in July. And three U.S. senators warned Baghdad that it risked damaging relations with the U.S. if it is allowing Iran to use Iraqi airspace to deliver weapons to Syria.

The officials spoke on condition of anonymity because they weren’t authorized to discuss the information publicly. . . .

It was the latest example of Baghdad’s warming relations with Tehran and weakening ties with Washington, after a decade in which the U.S. spent hundreds of billions of dollars and lost almost 4,500 lives after the 2003 invasion that toppled Saddam Hussein’s dictatorship and tried to stabilize the country. . . .

U.S. official said the issue of Iranian weapons transfers to Assad’s forces has been a bone of contention for several months, with American intelligence noting a significant increase in the number of flights over Iraq as the Syrian regime has gotten more desperate. . . .

White House spokesman Tommy Vietor said Iraq has taken steps in the past to meet its U.N. Security Council obligations to prevent Iran from exporting weapons. "It must continue to do so," he said in an email.

On a visit to Baghdad, Sen. Joe Lieberman, I-Conn., was far blunter, calling into question the long-term partnership Iraq and the United States agreed to in 2008.

"This kind of problem with these Iranian overflights can make it more difficult to proceed with the Strategic Framework Agreement in the manner that the prime minister and we would like to see happen," Lieberman told reporters in Baghdad. "So I hope this is cleared up quickly. . . ."

Responding to the U.S. accusations, Ali al-Moussawi, media adviser to Iraqi Prime Minister Nouri al-Maliki, confirmed that Iranian planes are flying over Iraq to deliver goods to Syria. But he said Tehran assured al-Maliki the flights are carrying only food and humanitarian aid to help war victims.

"The Iranian government has said that it respects our decisions," al-Moussawi told The Associated Press. "Until now, there is no evidence of any violation in this regard, and if anyone has any evidence they should bring it to us and we will take the needed measures."

U.S. officials confirmed that Biden brought up the issue in a conversation with Iraq’s leader two weeks ago, but wouldn’t speak about any evidence that may have been provided.  (photo: Reuters)  (via @KimberlyDozier)