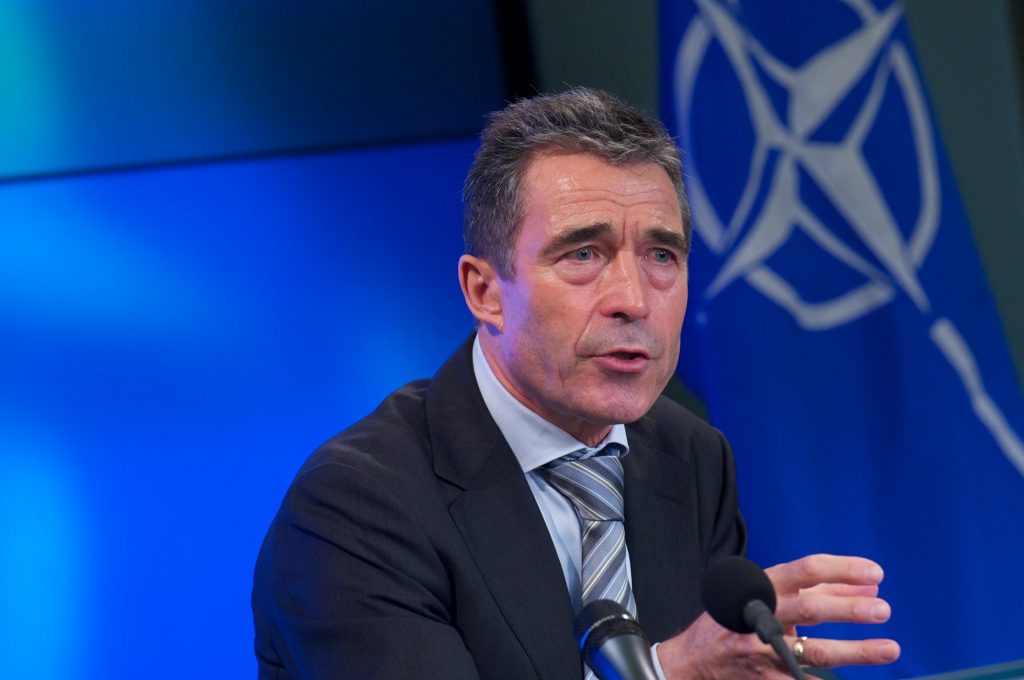 From the International News (Pakistan):  NATO Secretary General Anders Fogh Rasmussen said Friday that Pakistan had not been invited to the upcoming Chicago summit.

Rasmussen added that China, Russia and India have also not been invited to the conference. Invitations were given to Qatar, United Arab Emirates, Jordan and Morocco.

“Our supply should be unblocked immediately,” Rasmussen said in reply to a question.

From Dunya News:  [T}he US administration has decided against inviting Pakistan to the Chicago summit, in a bid to covey its displeasure on the latter s reluctance to succumb to the American demands. The other purpose of this decision, sources informed, was to make Pakistan realize that critical decisions on Afghanistan could be taken even without Pakistan s participation.

The spokesperson of the US State Department, Victoria Nuland played down the question of inviting Pakistan to Chicago summit. "The guest list is still something that we’re working on, particularly in the context of the ISAF meeting, which will have a larger participation", she stated while declining to comment when asked about their administration s expectations about Pakistani participation.

In an earlier briefing, US Special Representative to NATO, Ivo Daalder, termed Pakistan a very important country for the stability of the region and including Afghanistan. He was responding to a question regarding importance of Pakistan’s participation in the NATO summit as well as the endgame in Afghanistan.

"The issue of which countries are going to be coming to Chicago is still under discussion at NATO, and we hope and expect that those issues will be resolved soon", Ambassador Daalder said while going to discuss the suspension of ground supply routes, invariably establishing a correlation between the two.

"As you know, we are in active bilateral consultations as well with a NATO participation in those consultations on finding ways to open the ground lines of communication through Pakistan into Afghanistan, which have now been closed for about six months," he pointed out.

From Dawn.com:  "[O]bviously, the United States expects Mr Zardari to reopen the supply routes before the summit as it would be too embarrassing for him to attend a Nato meeting while his forces are blocking Nato supply lines,” said an official dealing directly with the summit.

From ZeeNews:  The announcement comes after a US Congressional Committee passed a bill imposing conditions on Pakistan for receiving American economic and military aid. The bill seeks certification from the Defence Secretary that Pakistan is committed to supporting counter terrorism operations in the country, and also prohibits the preferential procurement of goods or services from Pakistan till Islamabad re-opens the NATO supply routes.  (photo: NATO)  (Audio of NATO press conference)  (via @ShafiqSolangi)