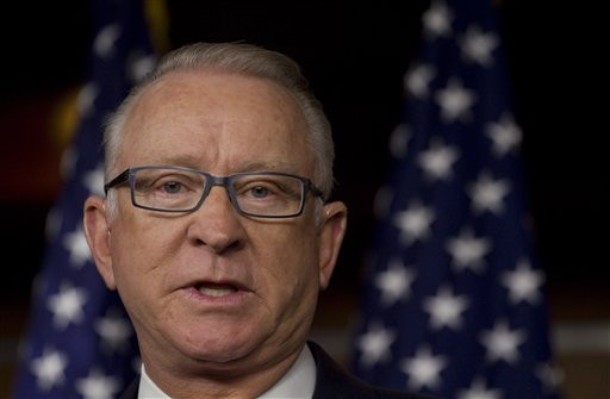 From Barbara Starr and Adam Levine, CNN Security Clearance:  The United States and NATO want to end their combat mission in Afghanistan next year , transitioning primarily to a training role in which Afghan security forces will take the lead, Defense Secretary Leon Panetta said Wednesday.

"Our goal is to complete all of that transition in 2013 and then, hopefully, by mid- to the latter part of 2013, we’ll be able to make a transition from a combat role to a training, advise and assist role," he told reporters traveling with him to Brussels, according to a transcript released by the Pentagon. The result will be that "2014 then becomes a year of consolidating the transition and making sure that those gains are in fact held, so that we can move towards a more enduring presence beyond 2014. . . ."

Rep. Howard P. "Buck" McKeon [chairman of the House Armed Service Committee], said it was too early to make such predictions. "Announcing a change in mission in Afghanistan – before we have even validated the Afghan Security Forces can maintain stability in the areas we have already transitioned and ahead of the fighting season – is premature," he said.

"It was a surprise to me," Intelligence Committee Chairman Mike Rogers said. "It is a departure."

From Adam Entous, the Wall Street Journal:  In Washington, the announcement by Mr. Panetta drew criticism from some members of Congress. Sen. John McCain (R., Ariz.) said the plan "sends exactly the wrong signal to our friends and enemies in this conflict."

"The Taliban hears it, the Pakistanis hear it, the Afghan leaders hear it. Why in the world do you go to the people that you’re fighting with and tell them the day that you’re pulling out your troops? It makes absolutely no sense. His naivete is putting in jeopardy the mission of the United States of America and our commitments to freedom," Romney said.  (photo: AP)