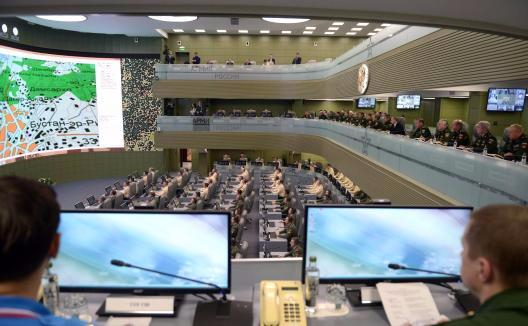 Since its takeover of Crimea in 2014, Russia has become increasingly emboldened , undertaking actions that, rather than propping up a failing regime, strike directly against the functioning of Western democracy. Employing a combination of “hybrid” actions – political, diplomatic, informational, cyber-, economic, covert and low-level force – the Kremlin has targeted countries not only on the fringes of its sphere of influence, but in the heart of Europe and even the United States….

The West, however, is far from defenseless, but the transatlantic community must recognize that responding requires a comprehensive strategy to contain the multifaceted aspects of hybrid warfare….

Enhance and expand contingency planning. This is important, particularly in dealing with the prospect of Russian low-level force, cyberattacks and information warfare….

Use legal tools in response to foreign violations of domestic laws. As an example, the United States recently indicted members of the Russian intelligence service in connection with the hacking of the Democratic National Committee. …More broadly, when one country has been seriously violated by Russian hybrid actions, the transatlantic community should also consider multinational sanctions as appropriate….

Bar any political finance in Europe and the United States by Russia or Russian-supported entities. As a follow-on, existing European national mechanisms that review foreign investments or other financial transactions should enhance their focus on actions by Russian entities that could lead to detrimental impacts on the national security, economy and/or the democratic functioning of a country….

Develop a comprehensive response to Russian election interference. This could include a voluntary code of standards for media-provided information in the context of elections, which could build on the EU’s recently adopted “Code of Conduct on Countering Illegal Hate Speech Online” and draw on national laws related to defamation, privacy and objectivity – such as those that already exist in Germany and the United Kingdom….

Establish a “Coordinating Council” to work on these matters. To facilitate this coordination and go beyond the existing limited and still informal efforts between NATO and the EU, the transatlantic community should establish a “Coordinating Council.” This new entity could operate on a voluntary, consensus basis – comparably to the Financial Stability Board in the financial arena – to provide coordinated diplomatic, economic, information, security and military actions among NATO, the EU, their nations and the private sector….

This op-ed is drawn from the authors’ forthcoming report “Meeting the Russian Hybrid Challenge: A Comprehensive Strategic Approach.”