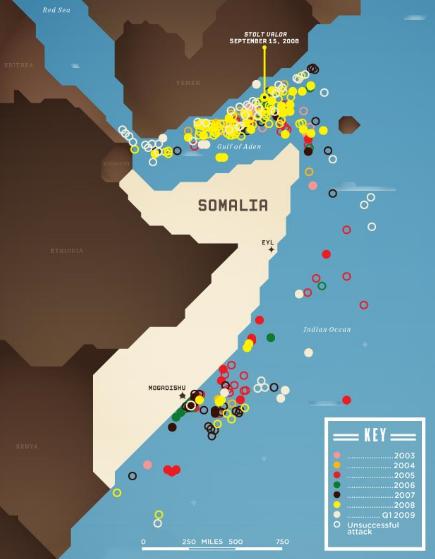 From Reuters:  The number and scope of pirate attacks is seen increasing worldwide and could trigger more joint military operations to keep shipping lanes safe, a top NATO official said.

Aside from NATO, the European Union, India, China and the US-led Combined Maritime Forces (CMF), among others, are also conducting anti-piracy operations in this region.

Coordinating these efforts could lead to some unusual multinational reporting lines, he said.

"By the end of 2010 U.S. warships could be coordinated by a Chinese admiral," Helseth told the piracy seminar.  (graphic: Maritime Connector)