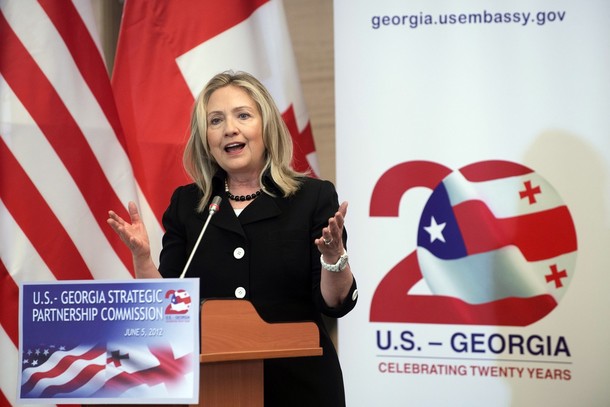 From Reuters/Chicago Tribune: Russia accused the United States on Wednesday of encouraging Georgia to seek revenge against Moscow for a 2008 war, a day after U.S. Secretary of State Hillary Clinton promised new U.S. military support for Tbilisi.

"Senior U.S. officials have once again made strong statements in support of Saakashvili, word for word repeating the false theses of his propaganda regarding the ‘Russian occupation of Georgia,’ thus fuelling the revanchist aspirations of Tbilisi," Lukashevich said in the statement.  (photo: Reuters)