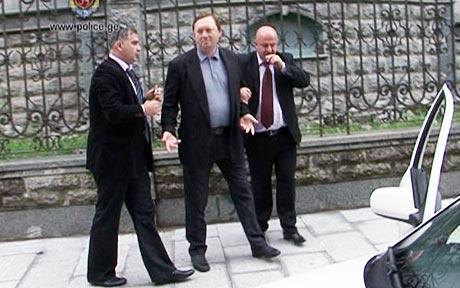 From Andrew Osborn, the Telegraph: Russia accused Georgia of trying to sabotage its rapprochement with the Nato military alliance on Friday after Georgia claimed it had uncovered a sprawling Russian spy network. …

Russia could barely contain its fury with the allegations, which were pointedly released on the day when GRU celebrates its professional holiday and quickly dismissed the claims out of hand as "a fabrication".

The Russian foreign ministry claimed the scandal was designed to derail Moscow’s rapprochement with Nato ahead of a key summit in Lisbon later this month that will be attended by President Dmitry Medvedev.

"This provocation is hardly going to have the effect that its organisers want. Everybody already understands the value of such propaganda stunts from Tbilisi," the ministry said.