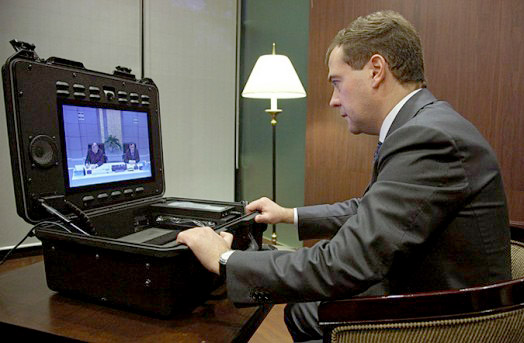 "We are currently discussing the question of setting up a cyber-security command," said Rogozin, who has responsibility for Russia’s military-industrial complex. "This is in connection with guaranteeing information for the armed forces, and also the state infrastructure as a whole," he said. . . .

Rogozin also confirmed on Wednesday that the government had prepared a draft bill on the establishment of an advanced military research agency, similar to the Defense Advanced Research Projects Agency (DARPA) in the United States, and would submit it to the parliament in the near future.  (photo: Mobile Magazine)