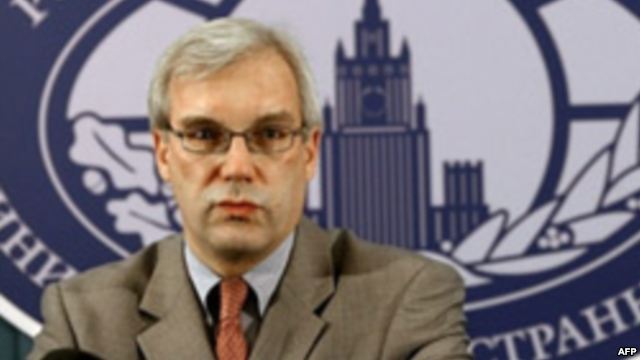 From RT:  Moscow’s permanent representative to NATO has informed his colleagues in the military alliance that Russia needs clear technical documentation that the US missile defense will not pose a security risk for his country.

Russia says it wants solid guarantees “expressed in a legally-binding manner” that the US missile defense shield will never target Russian territory, Aleksandr Grushko said on Friday. He stressed, however, that the document should not be draped in the “language of political declarations,” but in clear military-technical fashion. . . .

The technical data provided to Russia should include geographical location of interceptors, radars, the speed of warheads and many other elements that are absolutely clear to the military, Grushko noted.

The Russian envoy to NATO admitted that the debate over the US missile defense shield is “practically deadlocked,” and the negotiation process within the framework of the NATO-Russia Council (NRC) has come to a standstill.

Neverthless, Grushko said there still remains a “window of opportunity” and a crisis may be avoided if the necessary amount of “political will is demonstrated.”   (photo: AFP)