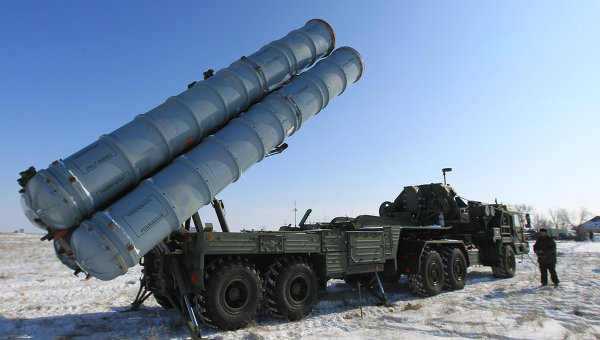 The Defense Ministry plans to re-equip all the air defense regiments for operating the S-400 missile complexes by 2020.

The system was designed to incapacitate the electronic countermeasures aircraft, radar surveillance and guidance planes, other types of aircraft, tactical and medium-range ballistic missiles, hypersonic objects, and other prospective air assault vehicles.The S-400 Triumph system is also meant for destroying the aircraft based on Stealth technologies, small-size cruise missiles and combat blocks flying at a speed of up to 4.8 kilometres per second at distances of up to 400 kilometers.  (photo: Valeriy Melnikov/RIA Novosti) (via U.S. European Command)