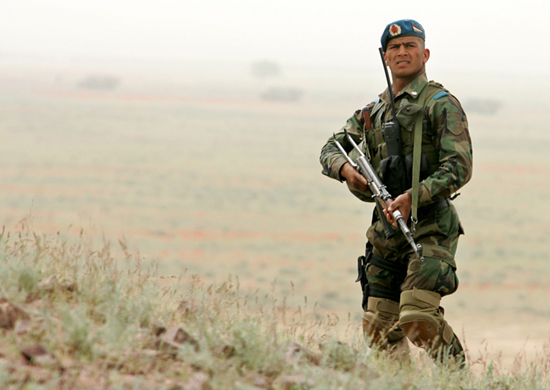 The drills, dubbed Unbreakable Brotherhood 2013, involve over 2,500 servicemen and more than 500 units of military hardware from Armenia, Belarus, Kazakhstan, Kyrgyzstan, Russia and Tajikistan. . . .

The bloc has a Collective Rapid Reaction Force deployed in Central Asia, and is continuing to build up its military forces, which some experts view as a step to counter-balance NATO’s further eastward expansion and to keep the Commonwealth of Independent States (CIS) countries under Russia’s military protection.