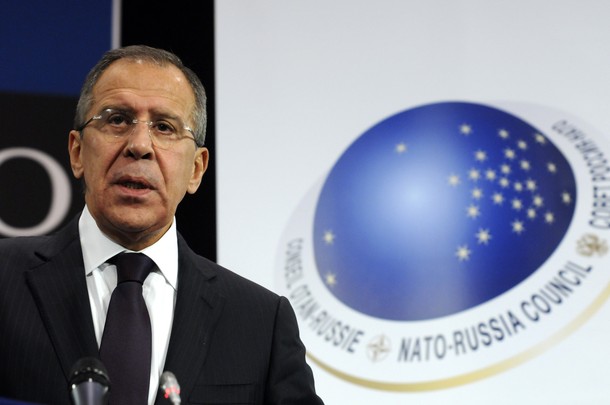 From David M. Herszenhorn, the New York Times:  The Kremlin expressed willingness on Wednesday to allow NATO to use an airfield in the heart of European Russia, in a city best known as Lenin’s birthplace, as a transit center for moving troops and “nonlethal” cargo into Afghanistan.

The decision, which requires formal approval by the Russian government, would provide a much-needed logistics hub at a time when overland supply routes through Pakistan have been closed off. But it would also increase American and NATO dependence on Russia amid serious foreign policy disagreements between Washington and Moscow, particularly over Syria. . . .

Russia’s foreign minister, Sergey V. Lavrov, while voicing support for granting NATO access to the airfield, said Wednesday that the Kremlin opposed a swift exit of troops from Afghanistan because of concerns about security, including drug trafficking.

“This coalition should ensure the ability of the people of Afghanistan to defend their country and maintain an acceptable level of security before leaving there,” he told Parliament. He also called on American and NATO forces to destroy poppy crops in Afghanistan to fight the opium trafficking that has led to rising drug use and H.I.V. rates in Russia.

Pentagon officials are scrambling to reopen the overland routes through Pakistan that were shut down by the Pakistani government in November in retaliation for NATO airstrikes that killed 24 Pakistani soldiers.

Since then, NATO has relied largely on the “northern distribution network” — overland routes beginning at ports in Latvia or Georgia that require the cooperation of Russia and several Central Asian nations. With the focus at the White House and the Pentagon shifting from resupplying troops in Afghanistan to getting troops and equipment out, new efforts have been under way to turn the northern distribution network into a two-way conduit. . . .

The volume of cargo moving through Russia is providing Russian freight companies with more than $1 billion a year in business, according to some estimates. . . .

A senior NATO official said Russia had not formally approved use of the airfield and that it was too soon to say much about it. Yet there were indications that Russia’s overture was coinciding with renewed willingness by the Pakistani government to allow overland shipments — though at a much steeper financial cost than before.  (photo: Getty)