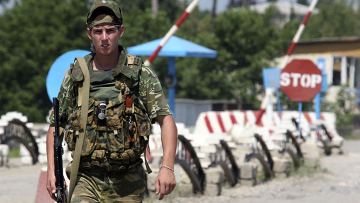 From Andrew Osborn and Richard Orange, the Telegraph:  The Kremlin tried and failed to win approval for the base in the south of the country last year but saw its chances evaporate when the man it was close to making a deal with, President Kurmanbek Bakiyev, was deposed in a coup earlier this year.

However, as the interim government that succeeded him struggles to maintain order after an outbreak of ethnic violence in the south of the country that left more than 200 people dead, the Kremlin has quietly revived the controversial plan.

The base, to be located in either Osh or Jalalabad, would extend Russia’s geopolitical influence deep into Central Asia and bolster its position with both China and the United States. …

According to military sources quoted in authoritative Russian daily newspaper Nezavisimaya Gazeta, President Medvedev has already ordered Anatoly Serdyukov, the Russian defence minister, to ensure that the new base, which it is estimated will cost Russia at least $250 million (£167 million) and house a minimum of one thousand troops, becomes a reality. …

The Kremlin is hoping it can resurrect talks on the new base as early as next week once a referendum meant to lend legitimacy to the new interim government is out of the way.

Edil Baisilov, former chief of staff for the interim government and the current leader of the Aikol El Party, said that the Kyrgyz government would probably support the Russian plans. "Kyrgyzstan would welcome a large Russian presence, especially now, after the bloody conflict," he said.  (photo: Vladimir Popov/Reuters)