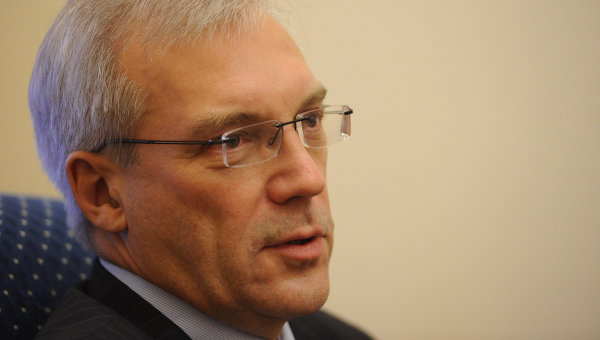 From Steve Gutterman, Reuters:  Russia is ready for talks with NATO on limiting conventional military forces in Europe as long as the Western alliance does not bring politics into the picture, Russia’s new envoy to NATO was quoted as saying on Thursday.

But the envoy’s caveat suggested Russia will not accept questions about the legitimacy of its forces in two breakaway Georgian regions it recognised as independent states after a 2008 war, or in Moldova’s Transdnistria region.

"The main thing is that consultations, if not to say negotiations, should start without any attempts at linkages with political issues," Grushko said in Moscow, according to the Interfax news agency.

"If an interest in arms control, and not some political issues, is placed at the centre, there is a chance to begin a very focused conversation about what kind of control is needed today," state-run RIA quoted him as saying.

"The ball is in Europe’s court. We await signals from our European partners that would bear witness to their interest."  (photo: Grigory Sysoev/RIA Novosti)