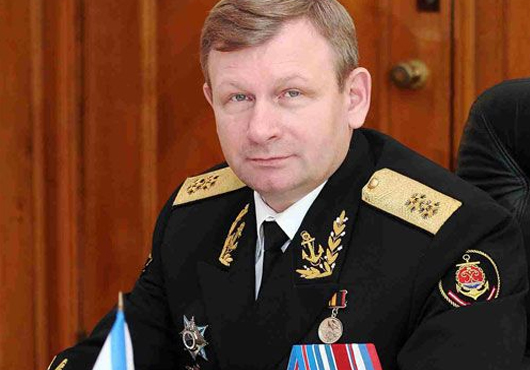 From RIA Novosti:  Russia’s naval chief, Vice Admiral Viktor Chirkov, confirmed on Friday that Russia was in talks on obtaining naval bases in Cuba, Vietnam and in the Seychelles.

“We are indeed continuing work to ensure the stationing of Russian Navy forces outside the Russian Federation,” he said in an interview with RIA Novosti. “As part of this work at the international level, we are discussing issues related to the creation of [ship] maintenance stations in Cuba, in the Seychelles and in Vietnam.”

The Russian Navy saw that it badly needed foreign bases after 2008, when Russian warships joined international anti-piracy efforts in the Gulf of Aden. Russia has also discussed the possibility of using ports in Djibouti for its warships in the past.

From Reuters:  The Soviet Union had a large naval base in Communist ally Vietnam but post-Soviet Russia opted to vacate the Cam Ranh base in 2002, during President Vladimir Putin’s first Kremlin term, because rent payments were a burden on state coffers.

The fate of Russia’s only naval facility outside the former Soviet Union, a maintenance and supply facility in the Syrian port of Tartous, is uncertain because of the conflict in Syria. . . .

Chirkov’s wording suggested facilities in those countries might be less extensive than full-scale naval bases. Navy officials could not immediately be reached for comment.  (photo: Naval Today)