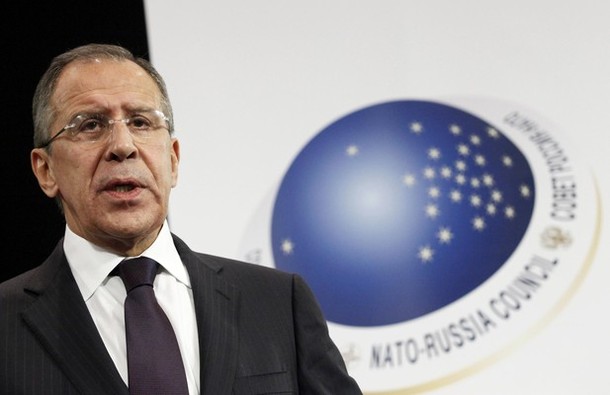 From RIA Novosti:  Russia’s foreign minister has warned of a repetition of its 2008 war with Georgia if the South Caucasus state joins NATO.

Speaking at a news conference after the NATO-Russia Council in Brussels on Thursday, Foreign Minister Sergei Lavrov said he had warned NATO foreign ministers against “pushing the current Georgian regime towards a repetition of their August 2008 gamble.”

The final statement of NATO foreign ministerial meeting, held in Brussels on December 7, reads: “We applaud the significant operational support provided to NATO by our aspirant partners the former Yugoslav Republic of Macedonia, Montenegro, Bosnia and Herzegovina, and Georgia.”

Speaking at a news conference in Brussels after the NATO-Russia Council on December 8, Russia’s Foreign Minister Sergey Lavrov said that he had “openly warned” his counterparts from the Alliance that such statements might serve as an encouragement for President Saakashvili to undertake “an adventure similar to the one of August, 2008.”

“I noticed that yesterday’s communiqué, which was adopted by the NATO foreign ministers, contains a term ‘aspirant countries’ and among them was named Georgia too. I openly warned our colleagues not to again push, wittingly or unwittingly, the current regime in Georgia towards repeating an adventure similar to the one of August, 2008… it was shortly after the [April, 2008 NATO] Bucharest summit, during which [NATO] imperatively stated, that Georgia will join NATO,” Lavrov said.

“I have not the slightest doubt, taking into account Saakashvili’s psyche, that it [NATO Bucharest summit decision] played an important role in insane and reckless decision which Saakashvili took. So I expressed hope that the NATO will take a responsible approach towards encouraging such events that took place in 2008 in the region, which is strategic not only for the South Caucasus states, but for the Russian Federation too – our close allies and neighbors are living there. I hope I’ve been heard [by NATO],” the Russian Foreign Minister added.  (photo: Reuters)