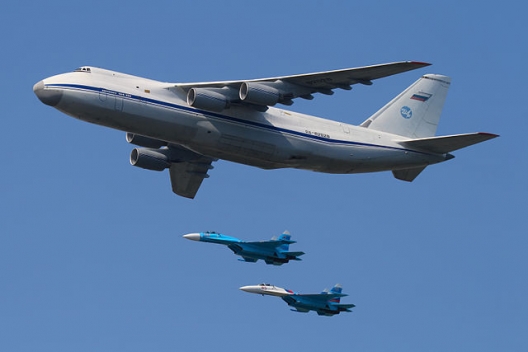 In recent weeks Russia has stepped up supplies of military gear to Syria, including armored vehicles, drones and guided bombs, boosting President Bashar al-Assad just as rebel infighting has weakened the insurgency against him , sources with knowledge of the deliveries say.

Moscow, which is trying to raise its diplomatic and economic influence in the Middle East, has been a major provider of conventional weapons to Syria, giving Assad crucial support during the three-year civil war and blocking wider Western attempts to punish him with sanctions for the use of force against civilians.

The new Russian supplies come at a critically fluid stage of the conflict, with peace talks scheduled for next week in Switzerland, the factious opposition losing ground, and Western support for the rebellion growing increasingly wary of the role played by foreign militants. Syria has even said some countries formally opposed to Assad have begun discussing security cooperation with his government.

Several sources told Reuters that Assad’s forces had since December received deliveries of weaponry and other military supplies, including unmanned spy drones known as UAVs, which have been arranged by Russia either directly or via proxies.

“Russian advisers and intelligence experts have been running observation UAVs around the clock to help Syrian forces track rebel positions, analyze their capabilities, and carry out precision artillery and air force strikes against them,” said the source, who declined to be identified. . . .

“Tank treads, helicopter blades, jet fuel, ball-bearings, gyroscopes – virtually every component of every piece of equipment can and will break down without maintenance and/or replacement.”

James Bevan of Conflict Armament Research, who tracks weapons for governments and other organizations, said Syria’s munitions use had been high for over two years.

“Further evidence of that is that they have been using barrel bombs dropped out of helicopters, which may suggest that they are running low on air-launched or air-delivered munitions,” he said. . . .

A Syrian opposition source said some supplies had been delivered to Syria’s Latakia airport around three weeks ago, with further equipment reaching through the country’s major cargo ports in Tartous and Latakia.

The source said the port of Tartous, which is also the location of Russia’s naval base, had been sealed off for several hours over three to four weeks ago.

“During the time, non-authorized personnel were not allowed to enter, and it is a sure sign a delivery came through. This happens from time to time when supplies come in, usually at night.”

The Middle East security source added: “Given the risk of rebel attack on arms depots and landing strips at Syrian air bases, Russia has also been shipping large amounts of small arms and munitions to Tartous and Latakia, allowing Assad’s forces to keep fighting apace.”