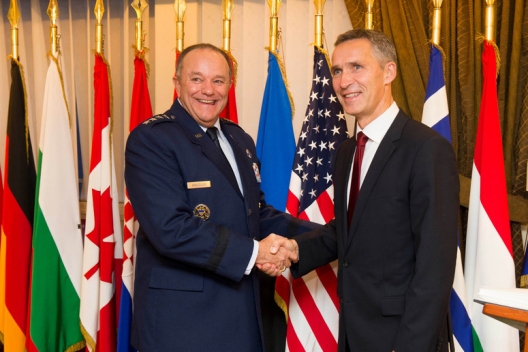 Russia still has troops in eastern Ukraine and retains a very capable force on the border despite a partial withdrawal, NATO’s military commander said on Friday.

“We’ve seen a pretty good withdrawal of the Russian forces from inside Ukraine but, make no mistake, there remain Russian forces inside eastern Ukraine,” U.S. Air Force General Philip Breedlove told reporters at NATO’s military headquarters near Mons in Belgium.

Some Russian troops stationed near the Ukraine border had left and others appeared to be preparing to leave.

“But the force that remains and shows no indications of leaving is still a very, very capable force,” said Breedlove, NATO’s supreme allied commander Europe.

The presence of a “large coercive force” on the Ukraine border was not helpful to progress in implementing the Minsk agreement, he said, referring to a ceasefire agreement between Ukraine and pro-Russian rebels reached in the Belarussian capital last month.

“We would call for the complete withdrawal of Russian forces from inside of Ukraine and the withdrawal of all the forces on the border back to garrison,” he said.

A day before the Minsk accord, NATO said Russia had several thousand combat troops inside Ukraine, as well as around 20,000 troops close to the border. Breedlove gave no figures on Friday. . . .

Dutch Brigadier-General Nico Tak, director of NATO’s crisis operations center at Mons, said Russia was “in a position to reinforce their forces inside Ukraine at a moment’s notice” and he said the Ukraine ceasefire was being violated all the time.