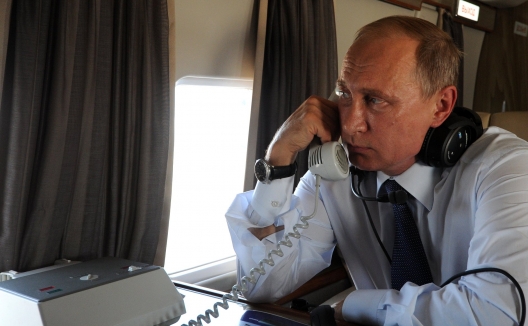 Russia is to deploy 2,000 military personnel to its new air base near the Syrian port city of Latakia, signalling the scale of Moscow’s involvement in the war-torn country.

The deployment “forms the first phase of the mission there”, according to an adviser on Syria policy in Moscow.

The force will include fighter aircraft crews, engineers and troops to secure the facility, said another person briefed on the matter.

The pair declined to confirm whether Moscow had sent surface-to-air missiles and fighter jets, as alleged by Washington at the weekend.

But Russian and western military experts said surface-to-air missiles were an integral part of the defences of any air base….

A Russian official on Monday dismissed as “disingenuous” comments by John Kerry, US secretary of state, that the presence of Russian air-to-air combat capacity and surface-to-air missiles in Syria “raises serious questions,” since the capabilities are of little military use against jihadi groups such as Isis, which is Moscow’s stated reason for its increased intervention in the Syrian conflict.

“You know as well as we do that anyone building an air base will put in such air defences, so there’s no reason to use this to cast doubt on our initiative to fight the Islamic State,” he said.