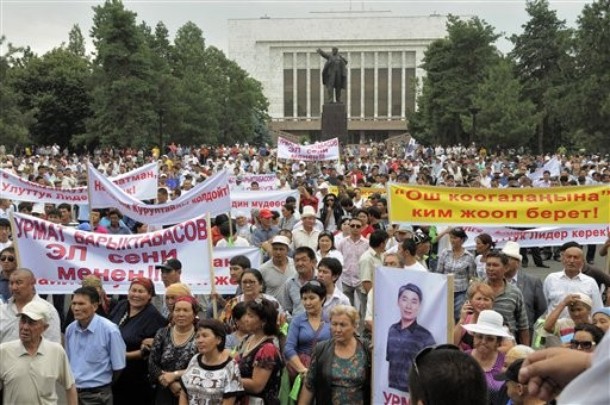 From RIA Novosti:  Seven Russian officials will be part of a police advisory group of the Organization for Security and Cooperation in Europe (OSCE) in Kyrgyzstan, the Kremlin said on Friday.

Following the riots, OSCE agreed to provide support to Kyrgyzstan, which would include a police mission of 52 officers sent to the country’s violence-hit southern regions.

OSCE has allocated over 3.7 million euro ($4.7 mln) to support its police mission in the Central Asian republic.

Critics say the OSCE mission is redundant because the situation in the country has been already stabilized.  (photo: AP)