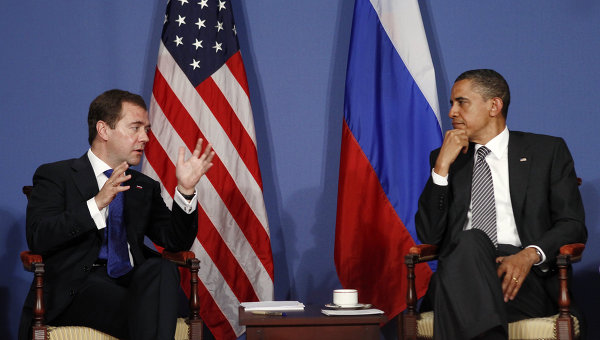 From RIA Novosti:  Russia and the United States are unlikely to agree on the missile defense issue by the end of U.S. President Barack Obama’s term, U.S. Ambassador to Russia, John Beyrle said on Friday.

"I think Russia and the United States will not manage to reach a consensus on this issue by the end of Obama’s presidential term," Beyrle said in Russian during an interview with Ekho Moskvy radio station.

Earlier on Friday at the G8 summit in Deauville, Russian President Dmitry Medvedev expressed his dissatisfaction with how the negotiations with the United States on the missile defense shield are continuing, saying the sides are wasting time.  (photo: Kevin Lamarque/Reuters)