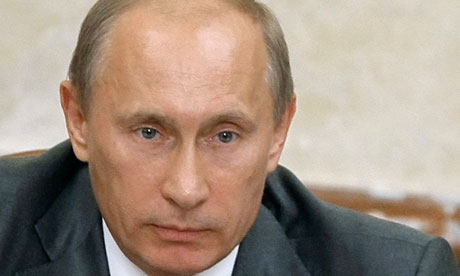 From Gabriela Baczynska, Reuters:  Russia wants to know more about the scale and scope of NATO‘s post-2014 mission in Afghanistan before deciding whether to keep cooperating with the Western alliance, an envoy for President Vladimir Putin said on Thursday.

Moscow, NATO’s Cold War-era foe and still a frequent critic, fears instability in Afghanistan after the pullout of most foreign troops by the end of 2014 may spill over into ex-Soviet Central Asia and threaten Russia’s own southern borders. . . .

Moscow supported the U.S.-led invasion after the September 11, 2001 al Qaeda attacks and has allowed transit of supplies for NATO’s International Security Assistance Force (ISAF), including through a new hub in the city of Ulyanovsk.

But Zamir Kabulov, Putin’s special envoy for Afghanistan, told Reuters that Russia wanted "full clarity" on the combat capabilities of the post-2014 mission and reiterated a threat to withdraw cooperation unless the alliance receives approval from the U.N. Security Council, where Moscow holds veto power.

"At the end of the day NATO is a military bloc. If a military-political group appears in the neighborhood of Russian territory, without our consent and with tasks unknown to us, this is problematic. A mandate is indispensable," Kabulov said.

"Our current cooperation with NATO is based on the current NATO mandate from the U.N. Security Council. And we will only cooperate with such missions as have a mandate for which we have also voted," he told Reuters in an interview. . . .

Russia’s acting ambassador to NATO said this month that Russia would stop cooperating over Afghanistan post-2014 if no Security Council resolution authorizing the new mission is secured. A NATO official said it would be helpful but stopped short of saying it was essential.

"The Americans say various things. Generally they say it will be a training mission, but then it becomes clear that there will be special forces, combat groups that will engage in combat in case of necessity," he said.

"We need full clarity on the capacities they will have, what that is supposed to be. Because such a strong network of foreign military bases in the region provokes questions. . . ."

"We are ready to cooperate with NATO on Afghanistan not because we like NATO, not at all, but because it corresponds with our own interests. This is a very pragmatic approach, nothing personal," he [Putin] said.  (photo: Alexei Nikolsky/AP)