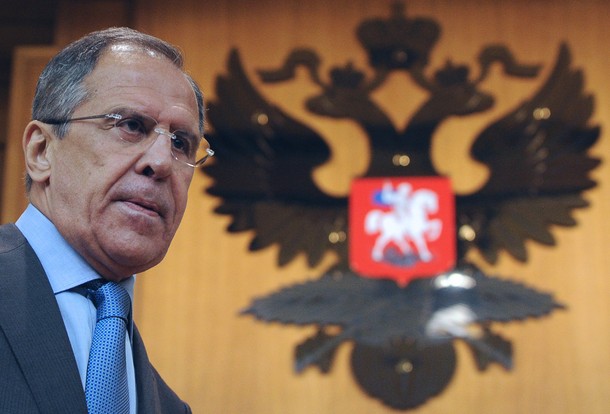 From Reuters:  Russia warned on Saturday that it would not cooperate with European Union sanctions requiring EU governments to search vessels suspected of carrying weapons into Syria , a defiant stance that is likely to spark anger in the West.

EU governments agreed the new embargo rules on Monday in an effort to prevent arms from reaching Syria, where 16 months of violence that Western nations blame mostly on the government has killed more than 18,000 people by some estimates.

Russia, which has blocked efforts to threaten the government with U.N. Security Council sanctions and has criticised Western embargoes, said it does "not intend to take any part in the measures to implement the EU decisions aimed against Syria."

"We … will not consider appeals and give consent to searches of vessels sailing under the Russian flag, nor to the application of other restrictive measures to them," Foreign Ministry spokesman Alexander Lukashevich said in a statement.

From RT:  The European Union’s plans to inspect aircraft and ships for violations of the arms embargo imposed on Syria cannot be applied to Russian planes and ships, said the director of the Center for Analysis of Strategies and Technology.

­"Only aircraft and ships of the European Union are subject to this requirement,” Roman Pukhov told Interfax-AVN on Friday. “The EU has no international legal right to inspect aircraft and ships belonging to countries that are not its members, including Russia."

Pukhov’s comments followed media reports saying that the EU plans to adopt a resolution in Brussels on Monday that gives officials the right to inspect aircraft and ships suspected of violating the arms embargo imposed on Syria.

"Such a scenario is impossible in terms of law and in the military-technical context,” he noted. “It is absolutely impossible to imagine EU servicemen boarding Russian ships."  (photo: Getty)