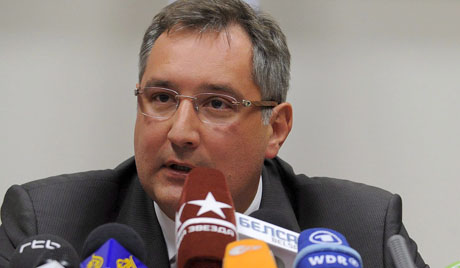 From Baltic Reports:  Russia’s representative at NATO is accusing Estonian politicians of sabotaging their country’s relationship with Russia with a lack of communication and paranoia.

Dmitry Rogozin, Russian main representative to NATO, told Baltic News Service on Wednesday that Russia is not a threat for Estonian security and currently Estonia does not have a constructive role in normalizing the relations between Russia and NATO. He also suggested that in NATO’s new strategy conception Estonia must note that NATO and Russia are close partners, and “in this context Estonian politicians should grow up and learn to benefit from communicating to Russia for their own country and for the alliance as a whole.”

Rogozin said that Estonia would be better-off if it followed the example of its northern neighbor Finland. Indeed, despite their close cooperation on other matters, Estonia and Finland have taken very different paths of relations with their large eastern neighbor. Finland has never joined NATO, remained neutral during the Cold War, and their domestic policies of accommodation toward the Soviet Union’s influence was sometimes derided as “Finlandization” in the Western European media. Meanwhile Estonia eagerly joined the alliance little more than a decade after their independence and has not allowed Russian dismay to stop internal policies such as the controversial relocation of the Bronze Soldier monument in 2007.

“Estonia, as the smallest Baltic state, could have won maximum economic and political benefits long ago,” Rogozin said, “How Finland which managed to become a bridge between East and West during the most difficult times for the continent could be a good example for Estonia. …”

Rogozin warned that Russia does not like the enlargement of NATO’s infrastructure to Russian borders along with unfriendly statements by the leaders of Baltic countries, and he rather believes Russian soldiers saying that NATO bases near Russian borders are a threat to Russia’s security.  (photo: Voice of Russia)