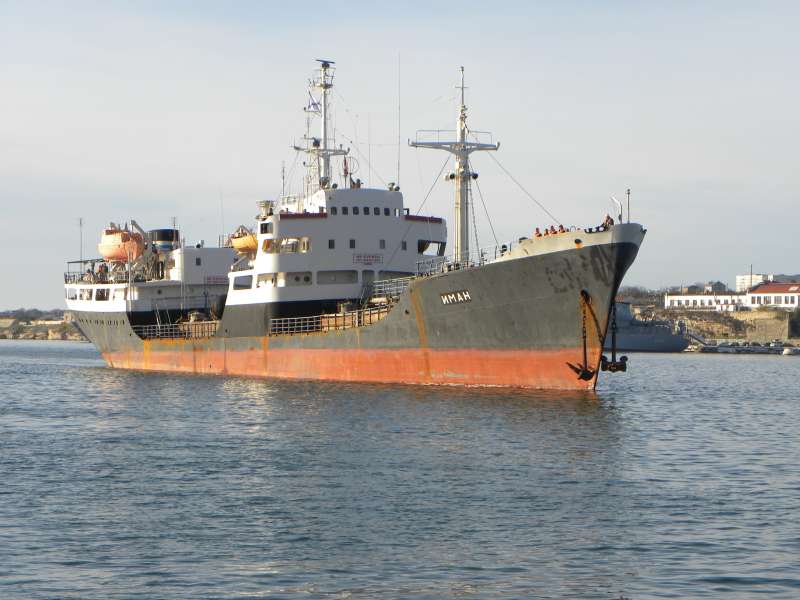 From Kirit Radia and Rym Momtaz, ABC News: A Russian military unit has arrived in Syria, according to Russian news reports, a development that a United Nations Security Council source told ABC News was "a bomb" certain to have serious repercussions.

Russia, one of President Bashar al-Assad’s strongest allies despite international condemnation of the government’s violent crackdown on the country’s uprising, has repeatedly blocked the United Nations Security Council’s attempts to halt the violence, accusing the U.S. and its allies of trying to start another war.

Now the Russian Black Sea fleet’s Iman tanker has arrived in the Syrian port of Tartus on the Mediterranean Sea with an anti-terror squad from the Russian Marines aboard according to the Interfax news agency. . . .

The Iman replaced another Russian ship "which had been sent to Syria for demonstrating (sic) the Russian presence in the turbulent region and possible evacuation of Russian citizens," the Black Sea Fleet told Interfax.

RIA Novosti, a news outlet with strong ties to the Kremlin, trumpeted the news in a banner headline that appeared only on its Arabic language website. The Russian embassy to the U.S. and to the U.N. had no comment, saying they have "no particular information on" the arrival of a Russian anti-terrorism squad to Syria. . . .

Russia’s Defense Minister Anatoly Serdyukov denied reports that Russian special forces were operating inside Syria. He did say, however, that there are Russian military and technical advisors in the country.  (photo: Vitaliy Kostrichenko)  (via Outside the Beltway)