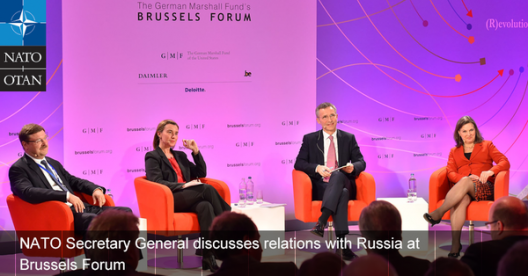 When the discussion turned to the growing threat of cyber-attacks being used to undermine a country’s economy or security, a tactic of hybrid warfare that many Western sources suspect the Russians of engaging in, [member of Russian parliament Konstantin] Kosachev asked [Secretary General Jens] Stoltenberg point-blank if NATO would bomb a country it held responsible for such an assault.

[US Assistant Secretary of State Victoria] Nuland jumped in, asking the Russian lawmaker if he was posing a “planning question.”

“We will do what’s necessary to do to protect all allies,” he said. “But I’m not going to tell you exactly how I’m going to do that…that’s the main message.”