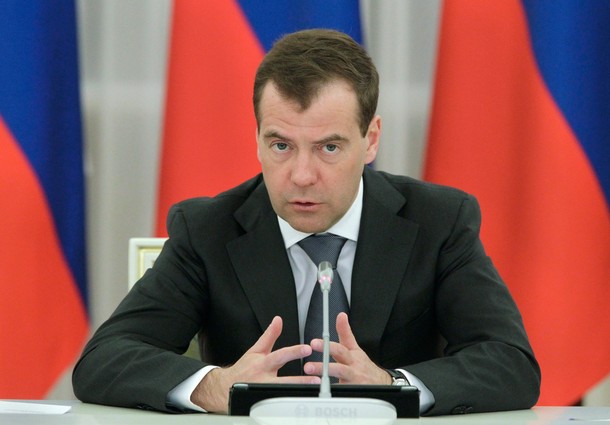 From Vladimir Isachenkov, the AP:  The Russian military must prepare to counter U.S. missile defense plans in Europe even as talks between Moscow and Washington are ongoing, President Dmitry Medvedev said Tuesday.

Medvedev told a meeting of Russia’s top military brass that the country “isn’t shutting the door to dialogue,” but nevertheless must get ready to take military countermeasures. . . .

“By 2017-2018 we must be fully prepared, fully armed,” Medvedev said in televised comments, referring to his earlier threat to aim missiles at the U.S.-led NATO missile shield if no agreement is reached.

NATO has said it wants to cooperate with Russia on the missile shield, but the alliance has rejected Russia’s proposal to run it jointly. . . .

“Even though the talks are ongoing, we must get ready for a serious rearming of the armed forces so that we could be in a due shape and capable to respond to the missile defense in Europe,” Medvedev said.  (photo: Getty)