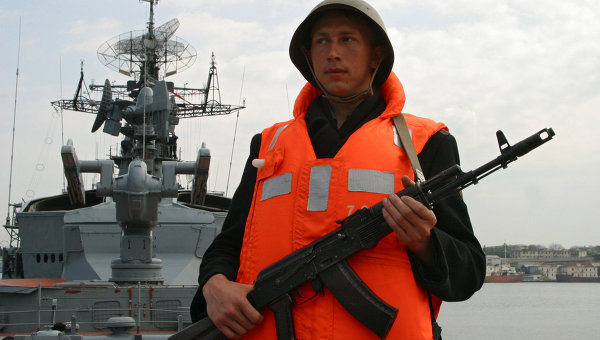 From RIA Novosti:  A Russian guided-missile destroyer that called in the Syrian port of Tartus last week left it to carry out unspecified tasks near the country’s shores, a military-diplomatic source said on Monday.

The Smetlivy (“Sharp”) will stay in eastern Mediterranean until early May, the source said. He did not elaborate on the tasks set for the ship.

The Russian Navy has repeatedly said that it wants its ships on constant patrol in the region, which is considered an area of responsibility of the Russian Black Sea Fleet.  (photo: RIA Novosti/Gennady Dyanov)  (via @Kostian_V)