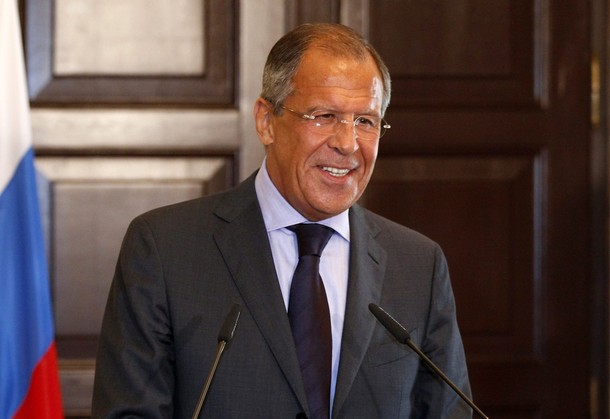 From RIA Novosti:  Future relations between Russia and NATO will depend on compliance of the Western military block’s strategic concept with norms of international law and the UN Charter, the Russian foreign minister said on Tuesday.

"The key issue for us [Russia] would be how NATO’s position would be defined in this new strategic concept in regard to international law, the UN Charter and most important in regard to the norms of possible use of force in modern international relations," Sergei Lavrov said after talks with Montenegrin Foreign Minister Milan Rocen. …

"We are trying to look at broader things. We want all legal and judicial security guarantees to be equally distributed among all Euro-Atlantic states without any exceptions," he said adding that Russia’s European security initiative envisages NATO’s participation foremost.  (photo: Reuters)