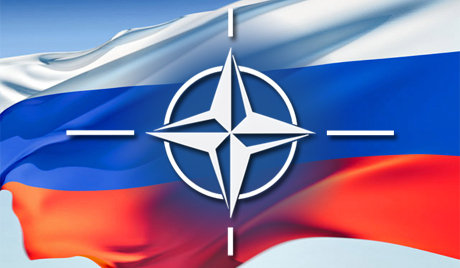 From ITAR-TASS:  A Russia-NATO summit, which was scheduled in May, is cancelled. According to the official version, the summit was cancelled over “an intensive domestic political calendar in Russia.” However, the experts believe that this step is caused by disagreements of the parties concerned over the European missile defence system.

The Russia-NATO summit has stalled over the European missile defence system, the Kommersant daily reported. Experts noted that the decision to cancel a May meeting between Vladimir Putin and NATO Secretary General Anders Fogh Rasmussen is linked with the disagreement over the vital issue. This is the missile defence system in Europe. The Russia-NATO summit was scheduled in Chicago in May, the newspaper recalled. However, the NATO general secretary stated that the summit will not be held at the scheduled time. He called as the reason “an intensive domestic political calendar in Russia.” The negotiators have nothing to say to each other, this is why the summit was postponed, director of the Institute of Strategic Planning and Forecasting Alexander Gusev noted. . . .

The participation of the Russian president in the Russia-NATO summit was doubted already for several months, the Vedomosti noted. The Russian Foreign Ministry linked his visit to Chicago with the negotiations over the European missile defence system. In December 2011 Russian Deputy Foreign Minister Sergei Ryabkov explained that a summit will depend from its substantial agenda. “If we had agreed on the missile defence by this time, it would have been easier for us to take a decision in favour of the summit,” Ryabkov said. For his part, Rasmussen acknowledged that the negotiators did not reach any progress in the negotiations.

From the Voice of Russia: The NATO Secretary General Anders Fog Rasmussen announced on Thursday that the Chicago Russia-NATO summit in May is cancelled. Of course this is not a sign of crisis, like the one experienced after the Russian-Georgian conflict. It is clear, however, that the interested parties need a pause to reconsider the new reality, especially concerning the Russian-US debate on the issue of ABM, and principal difference in the approaches to the crises in the Middle East.

"I have personally discussed that matter with Russian President-elect Putin, and we agreed that the Russian busy internal political calendar makes it difficult to hold the NATO-Russia summit in Chicago in time", – Rasmussen told the RIA Novosti news agency. "Besides, I can confirm that next month our Ministers of foreign Affairs will meet, and it proves that we are all committed to dialogue and practical cooperation. And it will continue before and after Chicago, because we plan our relations with Russia not only for one day or one meeting; we are talking about a long-term cooperation", – The NATO Secretary General emphasized.

In his turn, Russian Prime Minister Vladimir Putin’s press secretary Dmitry Peskov confirmed that the preparation for the summit in Chicago has not started yet.

It was at the end of last year that the problem of Putin’s participation in the Chicago summit was raised for the first time by Dmitry Rogozin, at that time the Russian Ambassador to NATO. He made it clear that the deadlock situation in the Russian-American summit talks on the ABM makes the future Russian President’s participation in them questionable, because there is nothing to discuss. Later many high-ranking Russian diplomats have publicly repeated the same position, and this year Anders Rasmussen has made similar statements, too. . . .

Rasmussen’s statement about Russia’s "very busy internal political calendar " looks sly only at the first glance. In recent years, the newly elected President was not at all popular in Washington. Let us recall that in 2008 Hillary Clinton, at that time the US presidential candidate, stated that she believes President Putin has no soul.  (graphic: Voice of Russia)