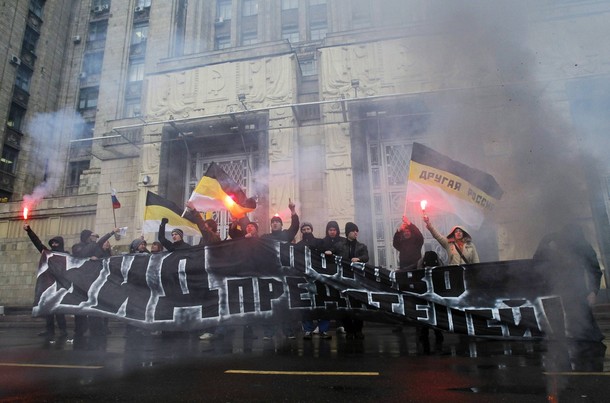 From Andrew E. Kramer, the New York Times:  Nationalist and leftist groups marched on Saturday in a central Russian city to protest a proposal by the North Atlantic Treaty Organization to set up a transit hub for goods shipped to and from Afghanistan.

NATO is in talks with Russia to establish the site for shipping items like armored cars or medical equipment through Ulyanovsk, a city about 500 miles southeast of Moscow that is best known as Lenin’s birthplace.

The Russian government, concerned about instability in Afghanistan, supports the idea. But protests in Ulyanovsk began last month and have drawn some of the opposition leaders who rose to prominence during protests in Moscow last winter. While they are unlikely to thwart the plans, the protests pose a new quandary for Prime Minister Vladimir V. Putin, who is not usually on the defensive when it comes to standing up to NATO. . . .

Gennady A. Zyuganov, the leader of the Communist Party, told protesters that the site would be “a betrayal of Russia’s national interests.”   (photo: Reuters)