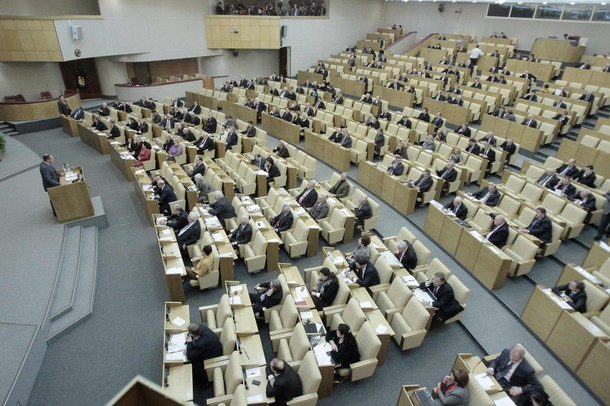 From Steve Gutterman, Reuters:  Russia’s parliament moved closer to approving a landmark arms reduction treaty with Washington Friday by amending domestic legislation to stress that Moscow could withdraw from the pact if it felt threatened by the West.

The amendments required for Russia to ratify the New START treaty do not change the pact itself and were introduced before the second of three ratification votes in the State Duma, the lower house of parliament. …

Duma international affairs committee chairman Konstantin Kosachyov said the amendments would "restore balance" after the U.S. Senate irked Russia with its interpretations of the treaty.

The amendments stipulate that Russia could withdraw if military deployments or even plans by the United States or NATO jeopardize its security.

They highlight lingering rifts over U.S. plans for a European anti-missile shield and Russian concerns over other weapons it fears the United States or NATO could deploy.

A missile system that weakens Russia’s nuclear arsenal would "force us to use the article of the treaty that provides for the withdrawal of a state that feels violated in terms of security," Foreign Minister Sergei Lavrov told the Duma, Interfax reported.  (photo: Reuters)