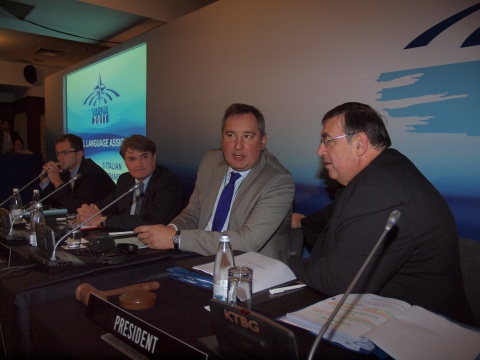 From novinite.com:  Bulgaria may become a target of terrorists if it accepts on its territory elements from the US/NATO missile shield in Europe, according to Russian Ambassador to NATO Dmitry Rogozin.

Rogozin made his warning Friday in Bulgaria’s Varna, which is hosting a session of the NATO Parliamentary Assembly. . . .

"As far as Bulgaria is concerned, you need to realize the responsibility stemming from taking a decision in favor of stationing elements from the missile shield on Bulgarian territory because such a facility will be a target. That is, if Bulgaria hosts such elements, it could be involved in a terrorist plan," Rogozin told journalists in Varna, as cited by Darik Radio.  (photo: BGNES)