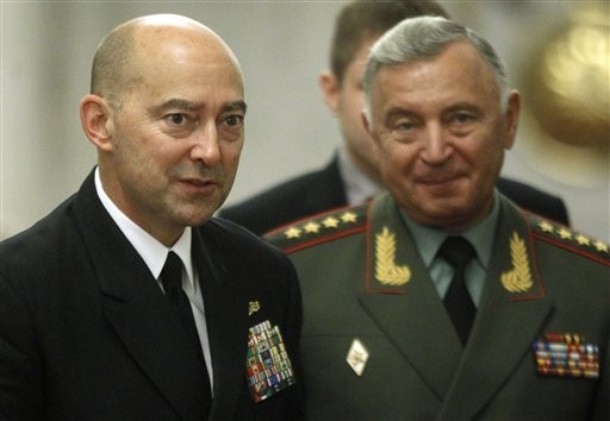 From James Stavridis, Allied Command Operations:  As I look back on 2011, I think we had a reasonably good year in the operational sense. Lots of good "end of the year” retrospectives are appearing in various magazines and on-line sites, and I thought I’d chip in with my own top five operational moments for the Alliance this past year – and a hope that it stays at least relatively quiet between now and the end of the year.

Libyan Operations. At the top of my list is the seven month operation we undertook at the request of the United Nations to protect the people of Libya from a repressive and ruthless dictator. It was successfully completed in late October.

We conducted 26,000 aircraft sorties and intercepted over 3,000 ships in the course of conducting a no-fly zone and an arms embargo. In order to limit the ability of the Libyan regime to attack its own people, we conducted nearly 9,000 strike sorties and hit well over 6,000 targets, effectively destroying much of the "kill chain.” While no operation is perfect, we tried very hard to limit collateral damage to the minimum. Overall we learned a great deal and will work on improving targeting, intelligence, surveillance, reconnaissance, air refueling, and other aspects of our capabilities.

Afghanistan Transition and Operations. In November, the government of Afghanistan announced a second group of provinces and districts that began transition to Afghan Security Force-led operations. This brings about 50% of the entire population of Afghanistan under the protection of Afghan Army and Police units, with the international coalition and NATO in a support, mentorship, and training role in these areas.

Our plan to complete a full transition by the end of 2014 remains on track, although significant challenges remain, especially in relations with Pakistan. We suffered from a cross-border incident that included the tragic deaths of 24 Pakistani soldiers and is under investigation today. We’re hoping to improve coordination and cooperation across the border as the New Year unfolds.

Tension in Kosovo. After several years of positive progress – and a reduction from 15,000 NATO troops in 2009 to only 5,000 today – we’ve seen rising border tension between Kosovo and Serbia. While far from the sort of Balkans tragedies of the 1990s (when over 100,000 were killed and close to 2 million people made refugees), we clearly have more work to do in Kosovo.

Due to a series of violent incidents in northern Kosovo, our NATO Commander requested and has in hand an over-the-horizon security force to help maintain a safe and secure environment. I’ll be headed there personally soon to evaluate and present options to NATO. Clearly, this is a politically charged situation and the EU is working hard to bring the parties together.

Reductions in Piracy. After several years of rising attack levels, we may be seeing progress against attacks in the second half of 2011. Success rates for attacks have dropped considerably, and there are fewer attacks than during this period last year. Some of the reasons for this include patrolling by NATO, EU, and various national forces at sea; pressure ashore militarily and in the area of development; better practices at sea by civilian mariners (convoys and citadels, for example); and the addition of armed security teams.

NATO remains committed to the counter-piracy mission, and our ships will continue to sail in the area off the coast of Africa for the foreseeable future.

Missile Defense Unfolding. The first steps in creating a new, alliance-based missile defense system in Europe are in progress. The United States, providing a sea-based AEGIS system initially, has sent ships to sea as a framework. NATO is putting in place the command-and-control system to ensure we do this right. The hope is to offer an initial capability in time for the May 2012 summit in Chicago. While a challenging timeline, I think we can and will make it. Stay tuned!

Overall, we’ve done quite a bit in NATO operations in 2011 – with 170,000 operators on three continents at our peak during Libyan operations. We’re also doing things in cyber, restructuring and stream-lining our command structures (cutting 6 major HQ and 4,000 billets, for example), air policing, and many other things.

It’s been a busy year, but a good one overall.