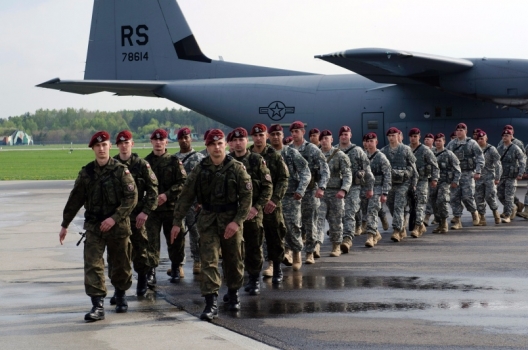 NATO’s top military commander, General Philip Breedlove, said on Tuesday the defense alliance was looking at beefing up its exercises in the Baltic Sea region in response to a surge in Russian military maneuvers there late last year. …

Breedlove, speaking at a NATO headquarters in Poland which the alliance is expanding in response to Russia’s intervention in Ukraine, said the Russian activities in the Baltic had changed in character and showed capabilities not seen before.

Asked by journalists how NATO would respond, he said: “There will be several adaptations of our exercise program. The first series of changes will not be an increase in number but they will be to group them together … to better prepare our forces and to allow nations to work together as a NATO force, but we are looking at increasing some exercises.”