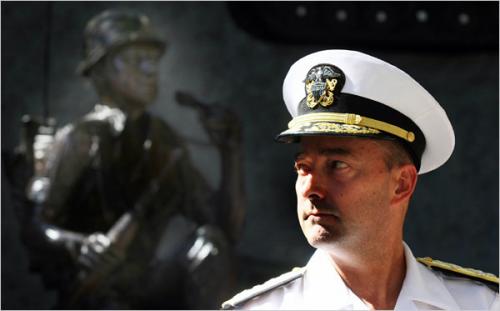 From James Stavridis, EUCOM:  We just finished an excellent two-day meeting in Brussels with the 28 NATO Defense Ministers – including, of course, my bosses Secretary of Defense Bob Gates and Secretary General Anders Fogh Rasmussen. The meeting focused on one expected challenge — Afghanistan — and one new issue, Libya. …

Libya was a complicated discussion, as all the nations realize the challenges of the situation there. NATO is conducting 24/7 surveillance with AWACS – NATO’s eyes in the sky — and ships under my command from the central Mediterranean, and we are preparing detailed plans for a range of options, as Secretary-General Rasmussen said after the conclusion of the conference. A United Nations Security Council mandate will be key, and whatever the Alliance does must meet the tests of need, legality, and regional support. Much will change over the next few days, as the situation is very fluid.

The Ministers also touched on everything else we are doing operationally, from piracy to air policing to plans for missile defense and new technology to relations with Russia and the situation in the Balkans.

For an Alliance passing 60 years, we sure are busy!