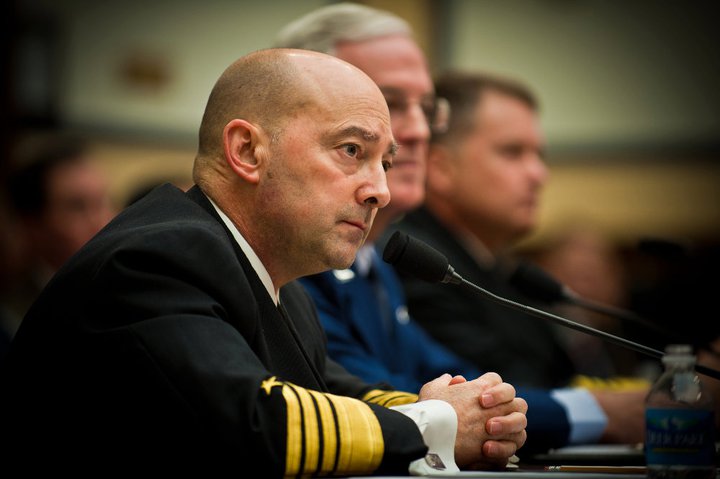 From James Stavridis, Allied Command Operations:  One of the most important things I do each year is to testify in front of the US Congress. I’m at home this weekend to prepare carefully for this annual opportunity to lay out the challenges, linkages, and initiatives of U.S. European Command. . . .

In the past six years, both as Commander of U.S. Southern Command and now at U.S. European Command, I’ve appeared many times. The hearings usually last about three hours, and consist of each Senator or Representative on the committee asking detailed questions about the state of the command and the general situation in theater.

Some of the ways I prepare for the hearings each year include:

– Drafting a detailed "posture statement" that lays out, at an unclassified level, the key issues we are facing, some of the geopolitical challenges, and what we are doing about it.

– Self study to make sure I have all the "facts and figures" more or less in memory — everything from the number of troops and bases to the flow rates of narcotics to the latest casualty figures.

-Courtesy calls on some of the key Senators and Representatives to make sure I’m prepared to speak about the issues they are interested in hearing about.

– Reviewing all the relevant intelligence and open source information that might be of interest around the time of the hearings.

As I prepare for testimony at the end of this month, I’ve keyed in on the new US Defense strategy (which I wrote a bit about last week); the Euro crisis and how that affects defense spending on the continent; the NATO campaigns in Libya, Afghanistan, the Balkans, and the horn of Africa (piracy); US infrastructure in Europe and the current round of down-sizing there; events in key countries that are part of European Command’s area of responsibility to include Russia, Israel, Turkey, and Poland; and our interagency and private-public initiatives.