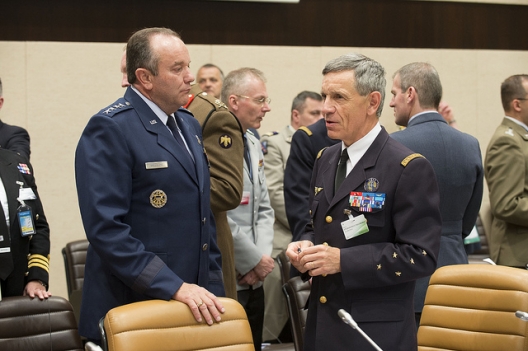 The Nato commander in Europe, General Philip Breedlove, said several Nato member states had offered ground troops for deployment in eastern European member states and that he would be soon making recommendations on how they should be positioned. Breedlove said that the situation represented more than a crisis, adding: “For Nato, it’s bigger than that. It’s a paradigm shift.”

However, the general added that he saw no evidence of a strategic Russian buildup on Ukraine’s borders. He stressed the military movements were intended entirely to reassure Nato members along Russia’s borders who had been unnerved by Russian actions in Ukraine.

The air force general said he had attempted to call the Russian chief of general staff, Valery Gerasimov, to explain that the deployments were entirely defensive but had not been able to reach him.