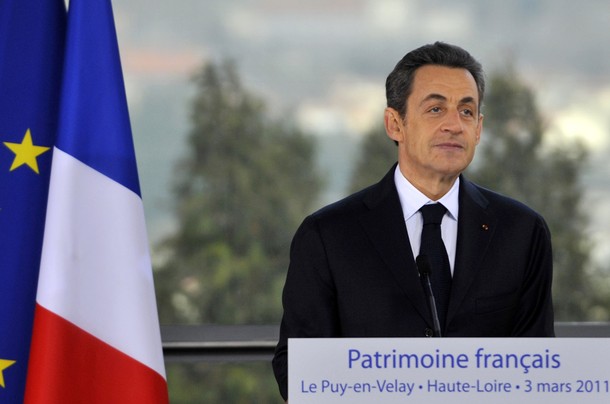 From Reuters:  EU leaders’ comments ahead of summit on Libya.

"It must be totally clear that somebody who wages war against his own people is no partner for talks with the European Union. Therefore we demand (Libyan leader Muammar) Gaddafi’s immediate resignation. We will do everything to send a united signal, economic and financial sanctions will show that.

"We want to do everything to contain the suffering of the Libyan people, but we must think carefully about the steps we take so that they lead to a reasonable outcome. I hope that we send a united signal today, that ‘divide and conquer’ would only play into Gaddafi’s hands. This must be avoided."

"France asks Europe to reaffirm its common desire for (Libyan leader Muammar) Gaddafi to go and to recognise the Libyan authorities under the Libyan National Council."

"France is not in favour of military intervention or an intervention by NATO, because Arab revolutions belong to the Arabs…"

"Finally, France wants two things: the opening of humanitarian zones in North Africa to take care of the terrible issue of displaced people… and with David Cameron, the French and the English have said that we are open, if the United Nations wants it, and if the Arab League accepts it, and if the Libyan authorities that we want to be recognised asks for it, to have targeted defensive operations in the sole eventuality that Gaddafi would use chemical weapons or use his warplanes to target non-violent demonstrators."

"We are very clear that the first issue is to stop the violence and that he (Libyan leader Muammar Gaddafi) should understand that he needs to leave power. For me every discussion about military intervention is more for the U.N. Security Council, for the Arab League, for NATO, to discuss and is not a responsibility for the European Union.  (photo: Getty)