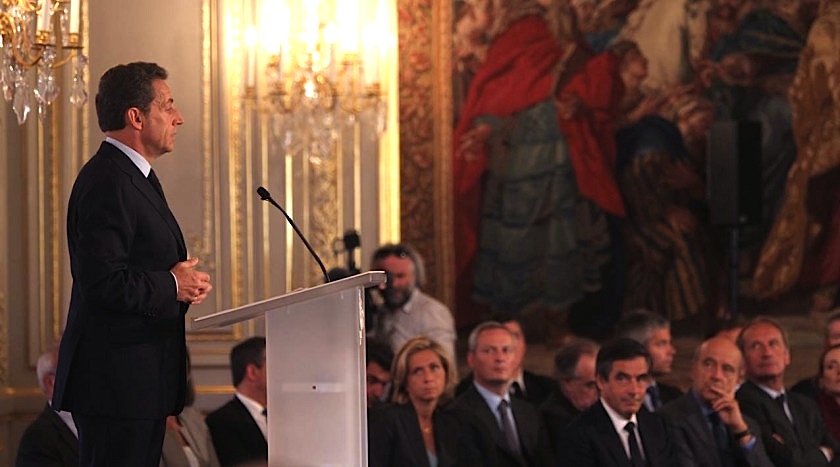 From Andrew Rettman, the EUobserver:  The EU will in future play a bigger role vis-a-vis the US in providing hard security in north Africa and the Middle East, French President Nicolas Sarkozy has said.

Speaking to French ambassadors gathered in Paris on Wednesday (31 August), the French leader said the war in Libya is a "lesson" for EU foreign policy: "Europeans have shown for the first time that they are capable of intervention in a decisive way, with their allies, in an open conflict on their doorstep."

He added that the Libya model – in which France and the UK took the lead with American support – marks a new division of labour between the EU and US: "The world is changing. [US] President Obama has presented a new vision of American military engagement which involves the Europeans assuming their responsibilities. . . ."

On Syria, he added that the EU will do "everything legally possible" to help topple President Bashar Assad, while underlining that any European involvement in "morally and politically just" conflicts must have a UN mandate.

Sarkozy spoke on the eve of a summit in Paris on Thursday of the so-called Libya Contact Group.

The meeting will bring together 60 high-level delegations from Western and Arab countries that supported the Nato strikes on Colonel Gaddafi, as well as anti-interventionists China and Russia and senior officials from the African Union, the Arab League, the EU, Nato and the UN.

In a reflection of Sarkozy’s new-model EU-US relations, the meeting will be dominated by France, Germany, Italy, Spain and the UK, which are sending their leaders. The US will be represented by secretary of state Hilary Clinton, while China and Russia are sending third- and fourth-tier diplomats.  (photo: Élysée)