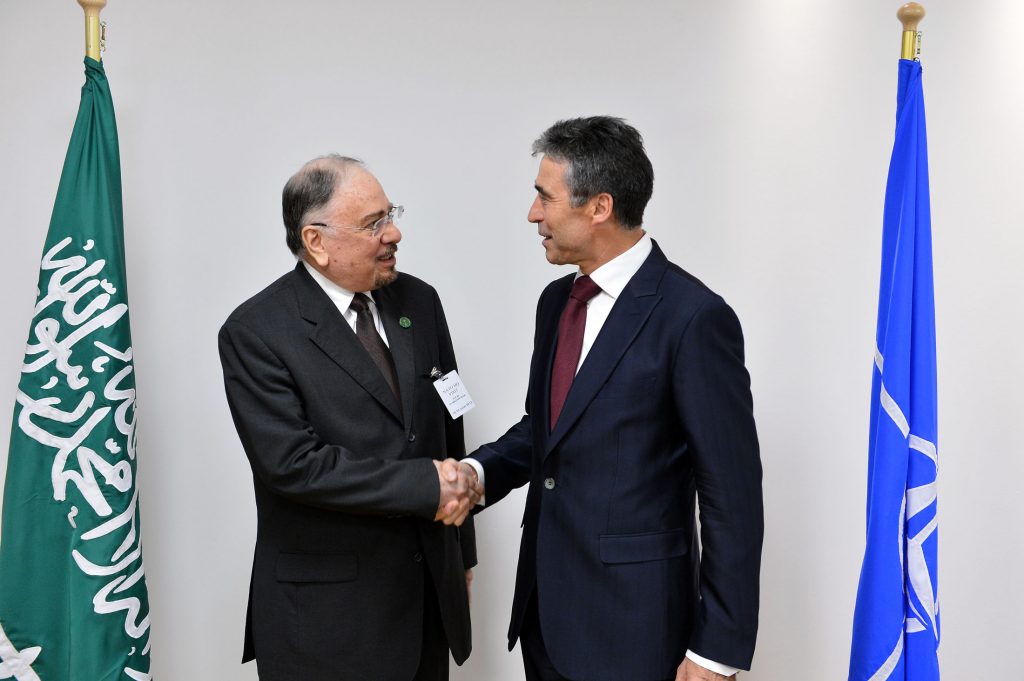 From NATO:  The Minister of State for Foreign Affairs of the Kingdom of Saudi Arabia H.E. Dr. Nizar Madani visited NATO today and met with the Secretary General, H.E. Anders Fogh Rasmussen.

Discussions centred on the political dialogue and practical cooperation activities, which exist in the context of the Istanbul Cooperation Initiative (ICI). "Saudi Arabia is a key player in the region and NATO would welcome the opportunity to engage the Kingdom’s governement as a partner in the Istanbul Cooperation Initiative, ICI ", said the Secretary General. "ICI and the other partnership with countries in the region the Mediterranean Dialogue, are complementary and yet distinct NATO partnership frameworks". The predominantly bilateral nature of the ICI allows NATO to tailor cooperation to the specific security needs of its partners and to hold regular political consultations with them. For NATO, the security of its partners in the Gulf is a key strategic interest to the Alliance.

Secretary General Rasmussen started by extending NATO’s condolences to the Minister of State for the recent death of Crown Prince Nayef bin Abdulaziz al Saud : "Prince Nayef was a strong statesman who served his country with dedication and commitment, working to keep the Kingdom’s national security for many years. Prince Nayef will be remembered around the world for his steadfast contribution to international peace and security, particularly in the fight against terrorism", he said.

During his visit, Dr. Madani also had meetings with the Deputy Secretary General, NATO Permanent Representatives and Alliance officials, who provided him with an overview of NATO’s outreach and cooperation programmes with partner countried in the Mediterranean and in the Gulf region.