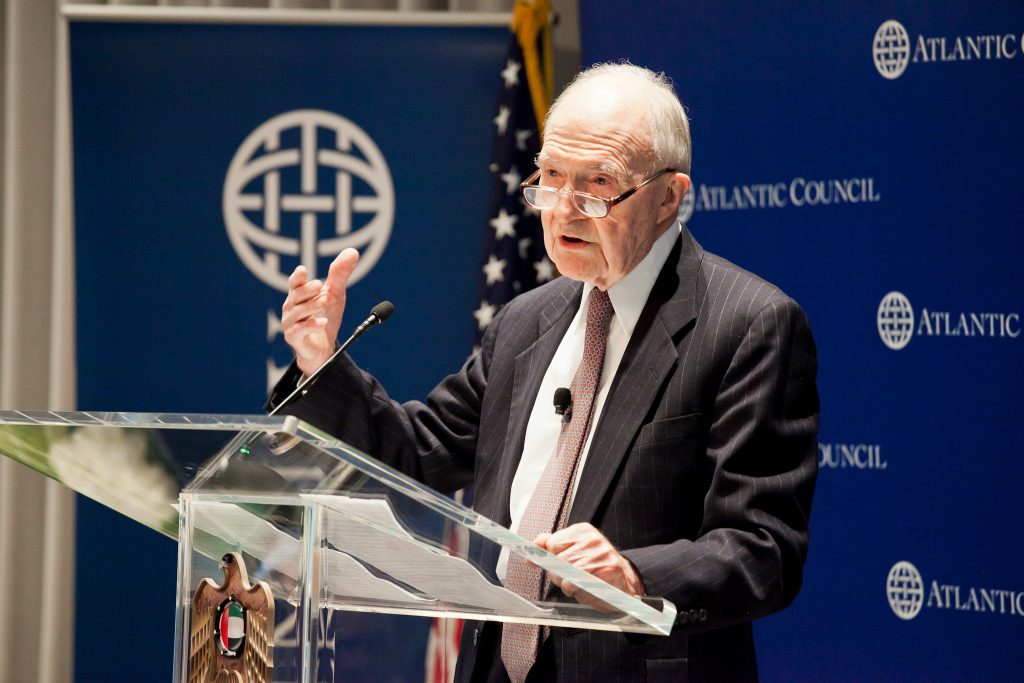 From James Joyner, the New Atlanticist:  General Brent Scowcroft argues that NATO’s Libya intervention may point to the future of the military alliance as the go-to enforcer of UN Security Council resolutions.

Delivering the Atlantic Council’s 5th Annual Christopher J. Makins Lecture at the Embassy of the United Arab Emirates , the National Security Advisor to Presidents Gerald Ford and George H.W. Bush noted that he was "not a fan" of intervening in Libya, which he saw as too low a priority for American national security to justify the use of force. Nonetheless, he sees it as a plausible model for the Alliance in which a call for help by regional actors is met with a United Nations Security Council resolution authorizing force and then a coalition of the willing of NATO members and regional partners carries out the operating.

He notes that the UN Charter envisions a standing force to serve just this purpose but that it has never come into being for obvious reasons; NATO might become the de facto realization of this vision. . . .

As to the Alliance becoming the Security Council’s enforcement arm, it’s a notion that Joshua Foust and I mocked as "Team America for R2P" in a New Atlanticist roundtable a year ago. While potentially a recipe for perpetual war, it’s unlikely to materialize any time soon for reasons that Scowcroft highlighted in his post-speech conversation with Atlantic Council president and CEO Fred Kempe: Russia and China are angry that their abstention to allow the passage of a Security Council authorization to protect civilians in Libya was used to justify a regime change mission and won’t let that happen again. We’ve already seen that in Syria, where the humanitarian nightmare far exceeds what was happening in Syria.