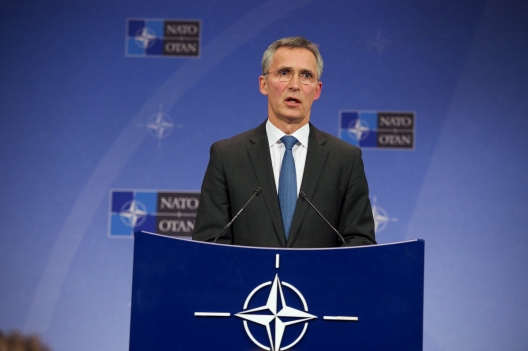 The North Atlantic Council has just held a meeting, an extraordinary meeting. And we have been updated by the Turkish Ambassador on the recent events. I have also spoken to Prime Minister Ahmet Davutoglu.

I have previously expressed my concerns about the implications of the military actions of the Russian Federation close to NATO’s borders.

This highlights the importance of having and respecting arrangements to avoid such incidents in the future.

As we have repeatedly made clear, we stand in solidarity with Turkey and support the territorial integrity of our NATO Ally, Turkey.

We will continue to follow the developments on the South-Eastern borders of NATO very closely.

I look forward to further contacts between Ankara and Moscow and I call for calm and de-escalation.

Diplomacy and de-escalation are important to resolve this situation.

Statement by the NATO Secretary General after the extraordinary NAC meeting, November 24, 2015.