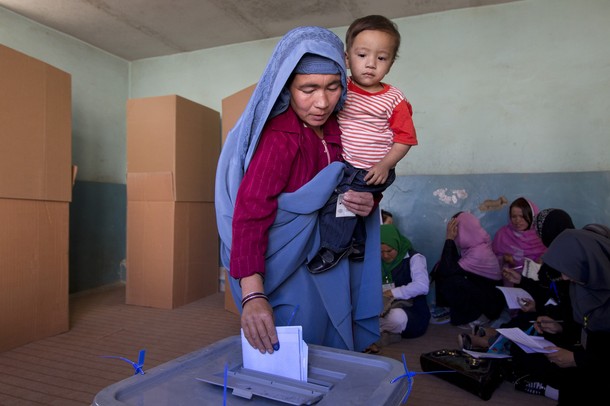 From NATO:  On behalf of the NATO Alliance, I congratulate the Afghan people today on the Parliamentary Elections, despite the violence carried out by those attempting to deny the people’s most basic democratic right.

Afghan voters and parliamentary candidates have once again shown their determination to resist intimidation as they choose their own leaders and path for their country. This election has been led by the Afghan authorities and I want to commend them for their preparations.

I also pay tribute to the Afghan National Security Forces who have demonstrated their growing strength and capability to plan and lead the security effort today, with the NATO-led International Security Assistance Force in a supporting role.  NATO will maintain its commitment to Afghanistan as the people and Government build a more secure and safer future for themselves, and to the benefit of international security.  (photo: Getty)