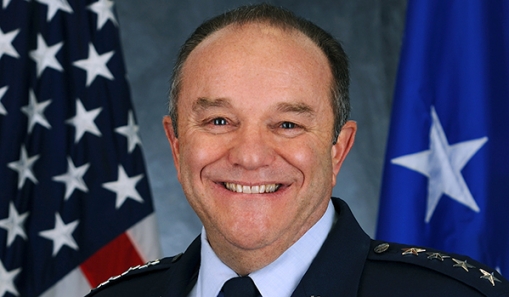 He will take up his appointment as successor to Admiral James Stavridis, United States Navy, at a change of command ceremony at the Supreme Headquarters Allied Powers Europe in Mons, Belgium, in mid-May, 2013.

“I have known General Breedlove for many years and can tell you that his impressive credentials, professionalism, and dynamic leadership make him an ideal choice,” said Admiral Stavridis. “I can think of no better officer to lead the men and women of Allied Command Operations and US European Command over the coming years.”

The SACEUR is responsible, for the overall direction and conduct of global military operations for NATO. During his tenure, Admiral Stravridis’ responsibilities included oversight of NATO operations in Afghanistan and Kosovo, the air campaign over Libya, counter-piracy and counter-terrorism operations on the high seas, and the deployment of Patriot missiles to Turkey. He was also instrumental in working with NATO’s valued global partners including those in Europe, the Mediterranean region, the Levant, and in Asia.

The position is normally held by a United States Flag or General officer, who also serves as Commander U.S. European Command. His command is exercised from Supreme Headquarters Allied Powers Europe (SHAPE) at Casteau, Belgium.

“I am honored to have been nominated by our Commander in Chief, and confirmed by the U.S. Senate for the position of Commander, U.S. European Command, and Supreme Allied Commander Europe, said General Breedlove. “I am humbled by their trust and confidence, and look forward to leading and serving with our wonderful joint and coalition forces. Cindy and I pledge our total commitment to contributing to the long and proud record of excellence associated with NATO and U.S. European Command.”

The position was established in 1951 when General Dwight D. Eisenhower became the first SACEUR.