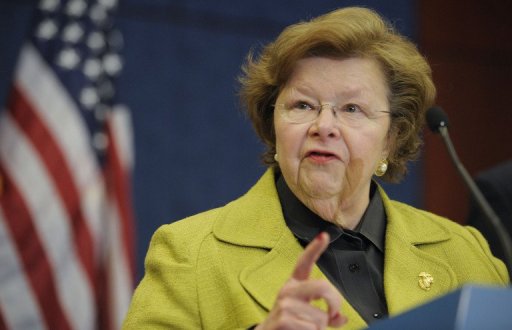 From Barbara Mikulski, Office of Senator Mikulski:  I really worry about the possibility of an attack. We know that there are already attacks going on, particularly in our financial services. We know that our personal identity is being hacked. We know that small businesses are being attacked.

But not only do I worry about an attack, I equally worry about our inertia, where we do nothing. I bring to the attention of the Senate and all who are watching that Leon Panetta, the Secretary of Defense, has called our cyber vulnerability our potential “digital Pearl Harbor.” We don’t want a digital Pearl Harbor. We can act now. We can act when it is within our power to protect, defend and deter these attacks. That’s what I want. I want us to have a sense of urgency. I want us to go to the edge of our chair. I want to do our best thinking to be able to do the kind of job we need to do in order to find a sensible center on how we can do that.

Right now, our adversaries are watching us. We’re debating protecting America from cyber-attacks, and it looks like we’re doing nothing. . . .

We saw an attack on a little country called Estonia. As a member of the Intelligence Committee, it was brought to my attention that Estonia, a brave little country that resisted communism, now part of NATO who had challenged the Soviet Union, was being attacked more than five years ago. The electricity was going off around Estonia. We thought in the Intel Committee that it was going to be the first cyber-attack on a NATO nation and we were going to trigger the NATO charter article five, that an attack on one is an attack on all. But thanks to the United States of America and our great British allies, we had the technical know-how to go in and help them. But who is going to have the technical know-how to come in and help us?

Excerpts from remarks by Senator Barbara Mikulski on the floor of the Senate on “Urgent Need to Pass Cybersecurity Legislation.”  (photo: AFP)