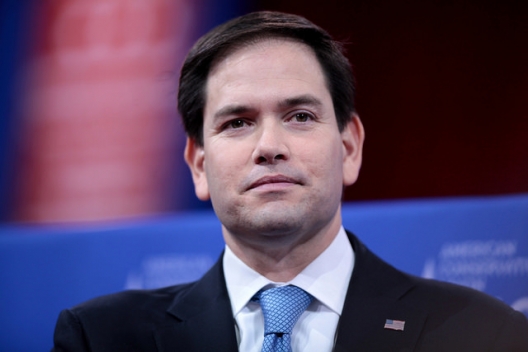 Today is the 70th anniversary of the allied victory in Europe — a day that stands as one of the greatest triumphs of freedom over oppression, liberty over tyranny, and good over evil in the history of the world. It speaks to the power of free peoples and free nations uniting together to pursue shared security and shared prosperity….

One such challenge is Russia’s blatant attempt to overturn the post-World War II order in Europe. Handling this crisis will require innovative thinking from our alliance. Our goal should never be to needlessly antagonize Russia, but rather to ensure our efforts to strengthen Ukraine and rollback Russian aggression are coupled with a forward-looking agenda for Russia’s own future.

We also know, however, that we must never allow our desire for peace to lead us into weakness or inaction. We cannot continue to stand idly by while red line after red line is crossed and ceasefire after ceasefire is violated. Reversing this cycle will require America and our European partners to take a series of important steps.

First, we must commit to military reinforcement of Eastern Europe. Instead of the temporary, mobile military presence deployed to NATO’s frontier, the United States should end planned force drawdowns in the region and work with allies to ensure that the European Reassurance Initiative leads to a more permanent forward defense.

Second, in the absence of transatlantic agreement on steps such as barring Russia from access to SWIFT, the United States should extend the “sectoral” sanctions currently in place against Russia’s unconventional oil sector to the traditional oil or gas sectors; execute a statutory export ban on certain equipment and technology to Russia (e.g., relating to energy or defense); and impose true sectoral sanctions, as we have imposed against Iran (e.g., no foreign investment, provision of services, or involvement in exports or imports). We also need to sanction additional Russian officials, including those affiliated with Gazprom and other state-owned entities as well as others involved in human rights abuses….

Marco Rubio, a Republican Senator from Florida, is seeking his party’s presidential nomination in 2016.