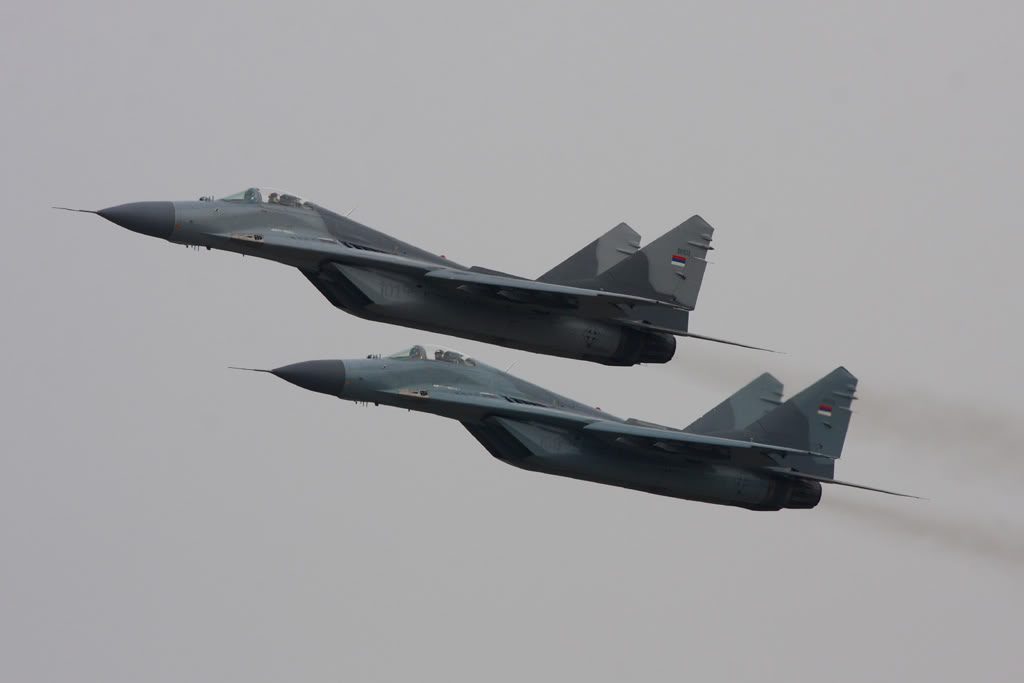 From Aleksandar Vasovic, Reuters:  The Serbian air force, left with just a handful of operational planes after wars in the 1990s, wants to buy a dozen aircraft at a cost of around 1 billion euros (1.3 billion), a defence official said on Friday. . . .

The source did not elaborate on how Serbia would secure borrowing and stay below a public debt lid set at 45 percent of GDP and within fiscal rules which form part of a 18-month 1 billion euro stand-by deal with the International Monetary Fund. . . .

The Serbian fighter force is currently comprised of three MIG 29s and about a dozen obsolete MIG 21s which will end service by end-2012. In the interview, Zivak said the defense ministry would finalise purchase plans this month.