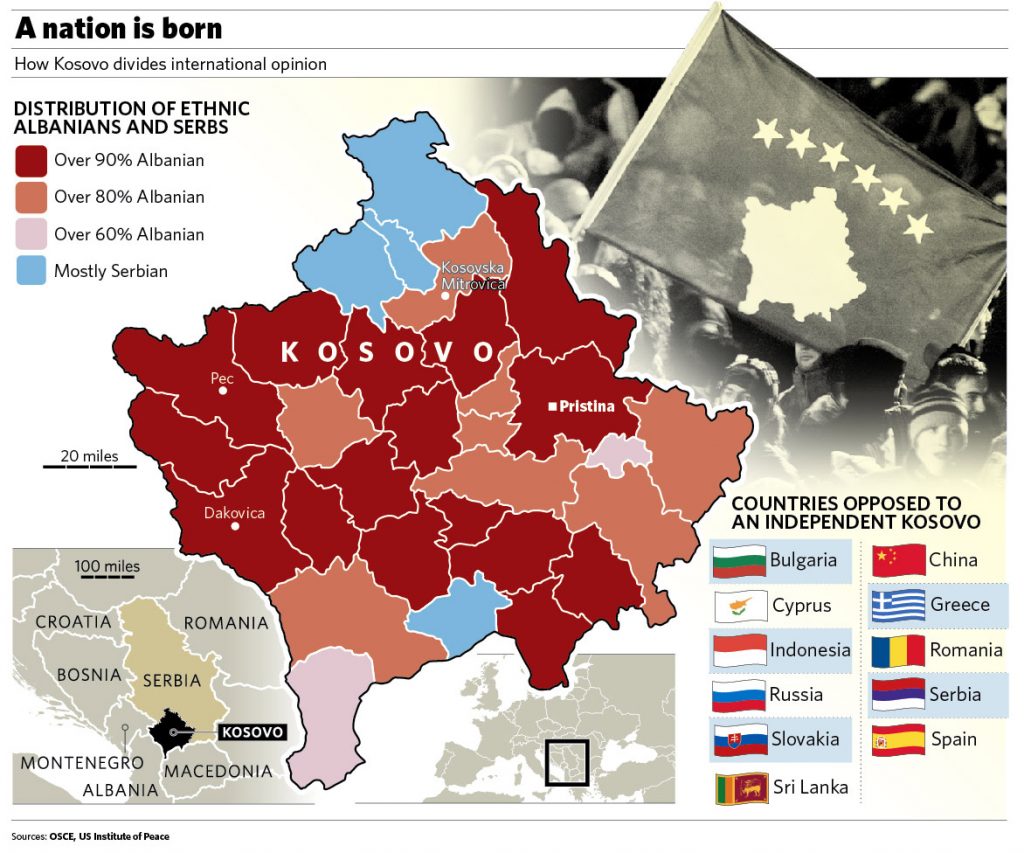 From the AP:  The Defense Ministry says it has proposed to completely withdraw Slovak troops from Kosovo.

The ministry says 140 servicemen now deployed in Kosovo with the NATO-led force should be home by year’s end.

The government and Parliament will have to approve the ministry’s decision.

Ministry spokesman, Richard Sumeghy, said Friday the Kosovo withdrawal will enable the country to send more troops to Afghanistan. He did not say how many more soldiers it wants to send there.  (graphic: the Independent)